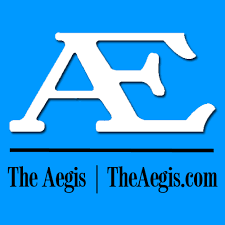 Editorial from The Aegis

Harford County is represented in the Maryland General Assembly by delegates and state senators from three districts, all of which cross county lines and two of which are confusingly divided into subdistricts.

Though the Maryland Board of Elections website lists a swarm of candidates running for the three Senate and nine House of Delegates seats, there’s relatively little competition in the three Harford County legislative districts.

In District 7, which straddles the border of Harford and Baltimore counties, there is no primary contest for the Senate seat, as each party has a single candidate on the ballot. In the House races, three Democratic candidates have filed in a race where the top three candidates advance.

The only contested primary race in District 7 is among the Republicans, where the three incumbents are challenged by two political newcomers.

Curiously, two of the three incumbents were first elected as small-government iconoclasts looking to upset the Democratic Party‘s hold on politics at the state level, but they’re being challenged by a campaign that echoes their old refrain.

Incumbents Rick Impallaria, Pat McDonough and relative newcomer Kathy Szeliga have been standard bearers for Republican themes of lower taxes and smaller government, but one of their two challengers, David Seman, points out in his campaign statements that state taxes and fees have been increased or added in the past eight years.

Seman, a member of the Jarrettsville-Norrisville Community Council, is substantially more active in his campaign than the second challenger, Tina Sutherland.

While it’s fair to say taxes and fees have increased during the incumbents’ time in office, it isn’t fair to blame them. They have been among the most outspoken members of the legislature on such issues.

Based on Seman’s largely anti-tax campaign posture, there’s no reason to believe he would be any better at affecting state policy than those already in office.

District 34, which encompasses Aberdeen, Bel Air and Havre de Grace, is the scene of a hotly-contested Senate primary on the Democratic side, even as the Republican primary is uncontested.

James has walked a fine line as a Democrat whose party is in the majority in the legislature, even as it is a minority of one in the Harford delegation to Annapolis. She and some of her GOP colleagues on occasion have forged alliances, to some effect in occasionally securing state funding for school construction projects, most recently in Fallston and Havre de Grace.

Helton, meanwhile, has run or been very active in every election since he was turned out of office in 1982, but to date his efforts have been singularly unsuccessful.

In her time in the House, James has developed a temperament that’s suited to the political landscape in Harford County and Annapolis, while Helton has spent the past three decades establishing himself as a perennial candidate.

The Aegis recommends Democrats in District 34 support Mary-Dulany James in the Senate primary.

In the two-seat Harford subdistrict District 34A, both the Democratic and Republican primaries are contested.

Five are seeking the two Democratic nominations in District 34A, newcomers Steve Johnson, Pat Murray and Maria Terry, as well as incumbent County Councilwoman Mary Ann Lisanti and Marla Posey-Moss, who has run for the seat three times, once unseating an incumbent in the primary.

All five candidates have things to recommend them, but Lisanti’s experience in county government and Posey-Moss’ persistence and willingness to work hard on the campaign trail give them an edge.

The Aegis recommends Democrats in District 34 A support Mary Ann Lisanti and Marla Posey-Moss in the primary.

In the Republican race, incumbent Glen Glass is joined by political newcomers Mike Blizzard and Beth Boyson. Glass has the advantage of experience and Blizzard has expressed nuanced positions on issues that distinguish him from more hardline members of his party; Boyson’s primary campaign presence has been minimal.

District 34B, a subdistrict that includes the Town of Bel Air and the surrounding area, long-time incumbent Susan K. McComas is uncontested in the Republican primary.

Two Democrats are running for the opportunity to unseat McComas in the single-seat subdistrict: elected school board member Cassandra Beverley, a lawyer in private practice, and Jeff Dinger, who has run a very low profile campaign.

The Aegis recommends Democratic voters in District 34B support Cassandra Beverley in the primary.

Wilson, like the GOP challengers in District 7, is seeking to unseat a conservative by professing to be even more conservative. Furthermore, the district’s population is two thirds in Harford County, so there’s a case to be made its senator should be from Harford County.

The Democratic Senate primary is uncontested.

In the two-seat District 35B, the Democratic primary is uncontested with two candidates. Three are running in the Republican primary: Andrew Cassilly, Jason Gallion and Teresa Reilly.

Cassilly is from the same politically prominent family as long-time county state prosecutor Joseph Cassilly as well as former county councilman and Bel Air mayor Robert Cassilly. He enlisted in the Army National Guard, went to college on the GI bill and works in Harford County Public Schools.

His experience recommends him for the office he is seeking.

Jason Gallion is a farmer, who has been politically active on behalf of other candidates, and has run in his own right for public office.

Teresa Reilly was elected to the county’s Republican Central Committee, has worked as Sen. Norman’s chief of staff and is the wife of Harford County Clerk of the Court James Reilly.

Based on their experiences, both political and professional, The Aegis recommends Republicans in District 35B support Andrew Cassilly and Jason Gallion.Subtitle: Legislative picks for Harford [Editorial from The Aegis]