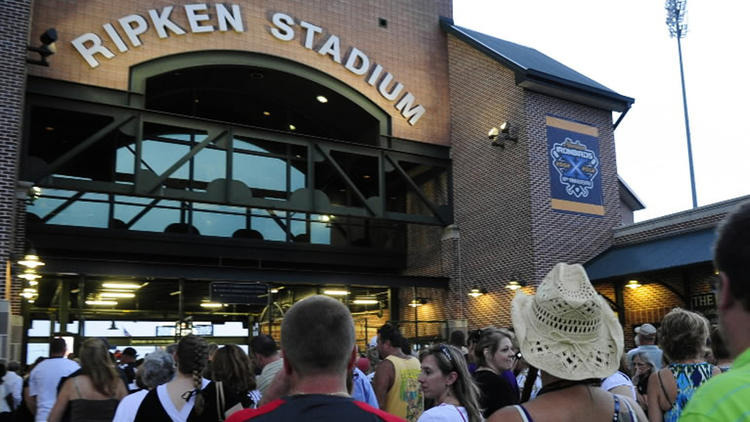 Dispite skepticism from Aberdeen city officials, the sponsor of state legislation that could fund as much as $200,000 for repairs at Ripken Stadium says the measure is not dead in the Maryland General Assembly.

Del. Mary Ann Lisanti introduced House Bill 1280 on March 12 to create state debt up to $200,000 in matching funds toward stadium maintenance, although city officials say the money is but a fraction of what they need to upgrade the 12-year-old minor league baseball stadium owned by the city.

Lisanti, whose southern Harford County district includes Aberdeen, said the funding bill was requested by Aberdeen as part of its legislative package prior to the start of this year’s legislative session. Lisanti is serving her first year in the House of Delegates following her election last November. She previously served eight years on the Harford County Council.

She said city officials told legislators they had more than $2.5 million in improvements it hoped to make to security and safety features at the stadium, which is the home of the Aberdeen IronBirds Class A short season Orioles affiliate.

Under its agreement with Ripken Baseball, the IronBirds’ owner and stadium operator, the city is responsible for major repairs and upkeep of the stadium. Major League Hall of Famer and former Oriole Cal Ripken Jr., an Aberdeen native, is Ripken Baseball’s principal owner.

Although the city is in line to receive some of the revenue from the county’s new lodging tax that took effect last month, Lisanti and Aberdeen Mayor Mike Bennett noted that money will come trickling in. City officials long championed the lodging tax as a means to pay for repairs and upgrades to the stadium, which they tout as the county’s top tourism attraction.

“I don’t think the ‘room tax’ really factors into it,” Lisanti said about her bill in Annapolis.

Bennett said Wednesday he had not heard anything promising from the General Assembly regarding supporting the stadium, but Lisanti said she believes the legislation can still make it through.

“I feel very confident that I have given them [Aberdeen] a fighting chance,” she said.

Bennett said the city expects to put $200,000 toward those repairs in the upcoming fiscal year, but he noted the city budget has not been formally introduced and could change. Either way, the city would have to match any funds from HB 1280 either directly or indirectly, according to the legislation.

“The bottom line is just to get things going this year,” the mayor said.